MAGIC BEANS combines
the eclectic kids' music of
Eric Herman and the Puppy Dogs
with eye-popping video projections,
jaw-dropping hula-hooping by Hillia,
and mind-whopping interlude sketches
that play on the absurd
and the existential.

"Can we come back to see this tomorrow?!" - Kid

For TICKETS to the Nov. 17-19 production of Magic Beans, CLICK HERE.

Pictures and video footage are from the March 2022 production of Magic Beans at the Princess Theatre in Prosser, WA. Images by Miles Gamble. 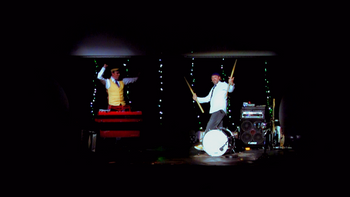 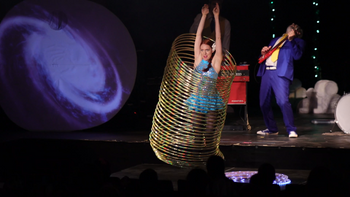 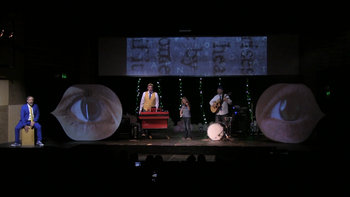 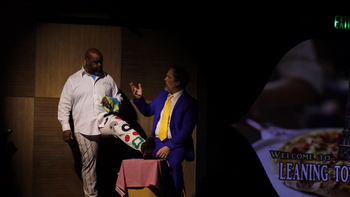 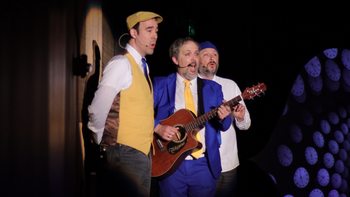 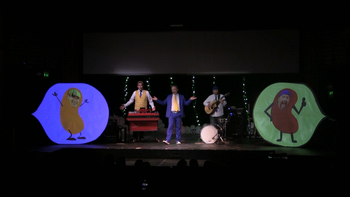 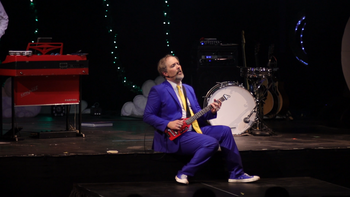 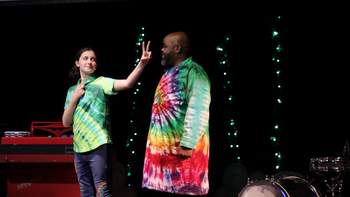 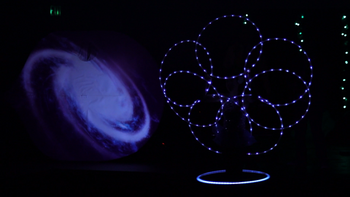 "Herman’s ninth album was worth the wait...  A surefire crowd ­pleaser to take along on that next family road trip." - Veronica Schwartz De Fazio, School Library Journal

“Magic Beans is an artsy rock album for the whole family. Inspired by classic greats like Pink Floyd, The Police, Kate Bush, and more, these original songs are delightfully trippy, emotionally creative, and encourage the listener to expand the horizons of their imagination. Highly recommended!”  - Midwest Book

"The genre of children’s music is a better place when Eric Herman is an active contributor... Herman has learned to cram a lot of references and asides into his songs, which means kids will need at least two listens to interpret and appreciate the elaborate playfulness it takes to make these songs sound so distinctively 'Eric Herman.'" - Jeffrey Cohen, GeekDad.com

“A certified left fielder with a skewed sense of humor that proceeds fearlessly while remaining family friendly, this bunch is what would happen if Zappa had traded in jazz from hell for kid music. Solid stuff that's a treat for kids of all ages.” - Midwest Record

"Some deep existential thought... sure to form the foundation of many discussions among audiences of all ages." - Phil's Picks

"What the world needs now is more Eric Herman. Delightfully meta... The song and video operate on several levels." - Jeffrey Cohen, GeekDad.com (about "Side Scroller" video)